Brought to you with the support of VLT and MCHT 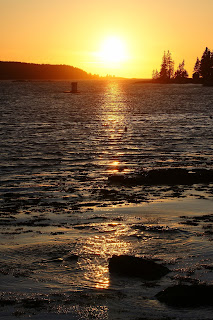 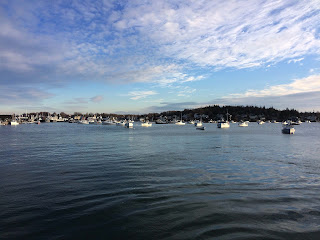 Business – contact us! We are always looking for wildlife sightings and photos to post – tell us what you are seeing and we’ll help you share and maybe even become a legend in your own neighborhood! Email – vinalhavensightings@gmail.com.


Tiit trick – click on the photos to enlarge….. Try it out with this polar vortex photo gallery 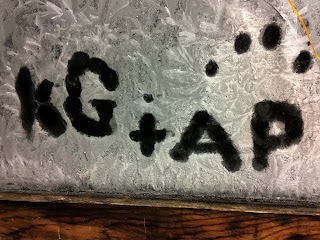 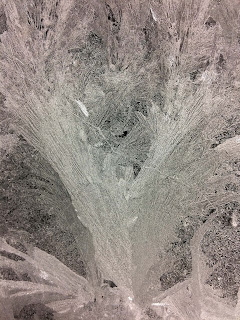 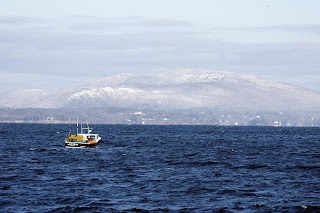 Winter moth response –  We asked and we received! – No, not the complete Frank Zappa catalog for Christmas! We asked for Winter Moth sightings and got a couple! Thanks for sharing info about (one of)  the least liked critter from away!

Armbrust Hill - On December 13th Kathy Warren shared…..”There have been bunches of them at my house. Gigi & Karols place. Not right now but a couple weeks ago they were down at the foot of the lawn on Atlantic Ave and up around my parking space and  first floor windows. Ick !”


Ick is right, and from Kathy’s details the flight in her neighborhood took place roughly at the same time as Linnell’s reports. Thank you Kathy!


Clam shell Alley –  Jennifer Clement sent in a report of some winter moth activity. “I did indeed see winter moths here on Clam Shell Alley. I didn’t document the day, alas. One night, I left the front light on and, coming home, had to battle my way through a blizzard of them to get in the door. Just one birch out front, the subject of all that action. Another night, days later, I saw many on the kitchen window toward the stand of trees in back of my house. About the same as last year around here, I’d say. No parasitic fly success yet.”


Good call Jennifer on the state of the parasitic flies! Thanks for sharing!


Historic Sightings – not sure how these fell through the cracks – well I am sure actually – I missed an email! Which I have only stumbled upon today! My apologizes…… Enjoy the history…..

There you have it – a little history lesson! Thank you for your patience!


The story here…is about how cool December trips to Seal can be. The purpose of the trip (if I am correct) was to set up the Seal Camera. That was the excuse I guess, but seeing all that good stuff is like the bonus. Thanks for sharing John! Keep ‘em coming!


The story here….is obviously the 94 old tailed ducks! Over 80 of them were in Rockland Harbor! Working hard for the Kittiwake, Great Cormorant, and purple sandpiper was both fun and rewarding. Lots of crows heading to the mainland was interesting as well.


The story here…. Were the Red-necked grebes, which I totally love (don’t tell Amy!), and the goldeneye which I have not seen much of on the mainland so far. Give it time!


Another part of the story was getting to state beach for the first time in two months and having my eyes water up a bit because I love it there so much (don’t tell Amy!). Feels good to be there in the winter!


The story here…was the hooded mergansers which are always fun to see. Pleasant River is a pleasant place to observe – especially when the ice pushes critters towards the boondoggle bridge.


The story here…was finding a really cool long-eared owl pellet. I hardly ever find “Two skull pellets”, and to find two prey species in one – vole and shrew – just makes my heart skip a beat (don’t tell Amy!). plus, the Chickadees were the only songbirds I saw that day other than crows and ravens, and I have a love/hate thing going with them.

and then there was this raccoon that got hit 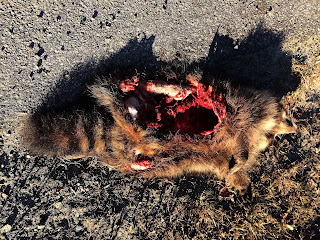 I wonder if it made a popping noise when it got hit! 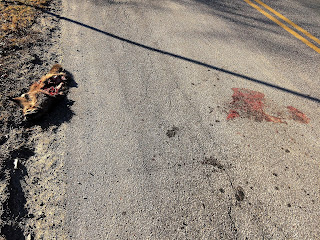 Welcome to the Vinalhaven sightings report  Dec 11, 2016
Brought to you with the kind support
of VLT and MCHT


We are welcoming off island photos of mushrooms, kid(s), and mushroom(s) and kid(s), as well as kid(s) and mushroom(s) in this edition. And we start with an incredibly beautiful Satan's bolete (above) from Santa Cruz County California. Enjoy! 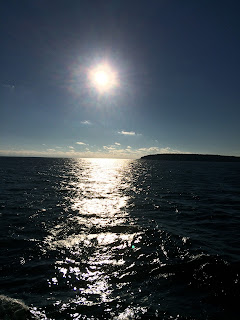 
Business – contact us with your sightings, photos and anything/everything in between at vinalhavensightings@gmail.com . It’s free and it won’t hurt.


Tiit trick - click on photos to jumbo size them

and in tiit's name - make sure you watch the wonderful ESPN 30 for 30 documentary "When the garden was eden". It's on Netflix and it reminds me of my dad and uncle gus. Interesting watch even just to see the last time the knicks won the championship.

Have you been seeing winter moth flights in your neighborhood? If you have been we cordially invite you to send in your sightings to the VSR as we (the royal “we”) do a “short hand documentation style” documentation

Winter Moth update – what started as a trickle became “a ton” for a bit and may not be done with yet!

(11/16) Linnell Mather reports a dozen or so moths flittin’ about between the Sands and Main Street on her evening ride home.

(11/25) after a (somewhat moderate) cold stretch, a burst of winter moth flight was documented this night in both St. George and Vinalhaven (and undoubtedly other locations as well). Words like “HUGE” and “TONS” were used for the observed flights that night as my windows were partially covered as I rode the horned lark (my old bike) and every time the door opened another moth or two would enter! This was a big night…

(11/29, 5:15pm) Linnell Mather and I drove through a couple dozen winter moth males as we headed up to the town hall. As we drove through the winter moth population, with their scattered and spaced out dynamics, their presence reminded me of a December a few years past where reports of intensely active flights when investigate 20 minutes or so after the fact turned up few to hardly any adults flying. In other words, what Linnell and I saw that night between the Sands and town hall reminded me of what I saw a few years ago when I barely missed a huge flight of winter moth.

(12/1) Linnell Mather (has anyone else noticed how connected Linnell is to the winter moth flights this year?)   reports male winter moths flying out by the Dyer’s Island bridge, which is further than she has seen them out of town (the Basin way) in the past.

The bottom line is that we are waiting for the “flies that are parasitic on winter moth” to take hold and start limiting the number of moths observed in an observable way. The flies of course were introduced maybe 3 springs ago, which can take 10 years or so to establish themselves which is slow, even by Vinalhaven standards.

What we can do in the meantime is document where the winter moths are being seen. Have you been seeing winter moth, or any moths lately? Even if you saw them 3 weeks ago, it’s never too late to share! Send in your winter moth reports to vinalhavensightings@gmail.com .

Sightings – Shrooms galore….. with some recent rains and some recent warmth (not today or yesterday though) and with that Jim Conlan found, photographed, and then sent in this photo of one of our local favorites, Turkey Tail…Trametes  versicolor…

Here’s some cool stuff about this frequently seen polypore, which is small with multiple layering shelves. Straight from mid-coast Maine’s own Greg Marley in his epic “Mushrooms for health”

“Turkey tail is the best-researched and most clinically tested of the medicinal mushrooms, at least by allopathic medicine standards. In the mid-1960s, a Japanese chemical engineer saw his neighbor succeed in using the mushroom known there as Kawaratake as a traditional remedy for his cancer. The engineer’s initial horror at the idea that his friend would rely on an unproven treatment to address his cancer turned into wonder and intense interest in the mushroom behind this folk remedy. He then worked on a team that tested Kawaratake for antitumor activity, isolated a highly active strain of the fungus, and extracted and concentrated a bioactive fraction from the fruiting body.


The licensed fraction is a group of protein-bound polysaccharides called Polysaccharides-Kureha, now known as PSK or by the trade name Krestin. The Japanese Ministry of Medicine initially approved it for use in treating cancer in 1977 (Hobbs, 2004)…


…PSK is the second leading cancer “drug” in Japan….recommended for use as adjunctive therapy, along with chemotherapy or radiation therapy. Under these conditions they have been shown to strongly inhibit cancers, improve survival times, and help conserve or improve the immune status of patients facing the toxic stresses of conventional treatments …”

beyond what is recent, Marley delves into history….

“Turkey Tail has been used as a folk remedy in Japan and China for hundreds, if not thousands of years. Traditionally, fruiting bodies of T. versicolor have been harvested, dried, ground, and simmered in water as tea. This type of extract is recorded in the China edition of De Materia Medica as a treatment for a variety of symptoms associated with liver dysfunction and respiratory-tract infection, and for promoting a healthy body and spirit generally.”

In other words, Turkey Tail is as badass as it looks like a turkey tail. Hats off to the fungus that increases cancer survival rates. Can’t argue with that...

Big Hen Island – (12/6) – out in the wilds of Seal Bay/Winter Harbor is a very fun island to visit, especially in December when undergrowth of the island has died back. Scat was especially prevalent on the island this day with Raccoon and White-tailed Deer represented in impressive numbers…


Red-tailed Hawk perched momentarily on a birch snag while John and I were getting ready to go on the beach.

…2 River Otter latrines were located on island this particular day. Sign of multiple otters for sure, from the size and amounts on the latrine it felt safe to assume a den was nearby. The heavy use of otter trails was likely accentuated by local raccoons.

…which was funny because John and I came across sign of two Raccoon that had passed their life status – one body fully intact ….

And one skull in the shallows by a southern beach….there seemed to be lots of death on big hen.

and beyond that is was a poop fest on the island....here are some classics from the day!

and then there were these cones on the balsam fir trees

and of course leif and legos 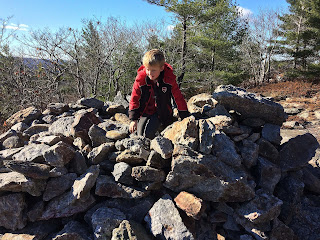 oh yeah - and before I forget -

he is so proud of the videos! I hope you enjoy!