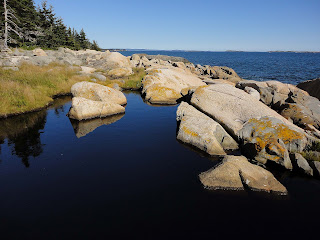 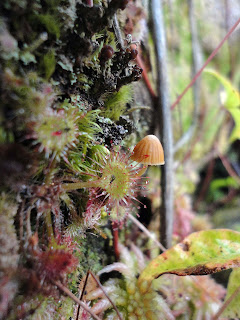 Send your poor, your hungry sightings... to the official VSR sightings email at sightings@myfairpoint.net. And while you're down there don't forget to demand to be put on the official VSR email list where you'll receive a (relatively) friendly reminder whenever a new VSR is posted – usually twice a month, sometimes more, sometimes less!
anyway, It's a good place to send sightings, photos, and any correspondence you might want to share. and sharing is good. 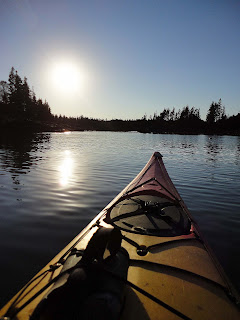 Remember the "Tiit-trick" - clicking on any photo stimulates said photo into growing! Technology engourges them with enough life and light to fill up your computer screen! In other words- click on the photos and they get bigger. Dad figured this one out.

Upcoming events : One more time! - September Wednesday morning bird walks – next Wednesday -September 26th, 8am skoog park. I’ve been to one this month so far and it was fun, here’s what we saw on that rainy morning-yesterday! - (9/19) Folly Pond – 2 white-tailed deer, 9 Wood duck, Black Duck, Mallard. Belted Kingfisher, Golden-crowned Kinglet … State Beach- many Eider, Red-necked Grebe, Laughing Gull, Black guillemot, Savannah Sparrow, Song Sparrow… and then we called in a wet day, even though it had been wet the whole time.

4th or so annual MCHT’s Lane’s Island Hawkwatch – Saturday September 29th, 10am -2pm. Come on out to Lane’s Island and check out the movement of raptors as the big predators get the heck out of the  north before winter comes. Peregrines, Merlins, Eagles, Sharpies, Harriers and more are anticipated. Come and go as you please, and feel free to bring coffee for the “leader” of the watch. The darker the better, so the coffee goes. We’ll meet over at the picnic table closest to the tombstones and graveyard and see what we can find.


Sightings – Monarchs – there are many around town that appreciate Monarch Butterflies in all their life stages. I’d even go as far as saying everyone appreciates those Monarchs, and with the high numbers visiting the island’s goldenrod fields and hitting for the cycle (the life cycle that is) on milkweed across the island. Sylvia Reiss has some local milkweed out City Point way with a developing Monarch scene.

First with the eggs. Then with the caterpillars – the most beautiful in every stage of the way. Sylvia got this photo on the 12th.   those larvae getting all plump with the goodness and poison of milkweed!

﻿
Bird Stuff Hawk migration – lots been going on, with lots more to come. Patience Chamberlin has been seeing some good raptors as of late-  Fox Rocks (9/10) 35 broad-winged Hawks in mini kettles of 5 or 6. Biggest was 8. 5 eagles, 6 Ospreys, 3 sharpies-shinned Hawks, and 3 merlins… and on the Reach – (9/10) 3 Merlins, (9/9) Peregrine Falcon…Rick Morgan and Arlene Rodenbeck were paddling up on the Thoroughfare and got some photos of this Peregrine Falcon perched on Burnt Island near the sparkplug. Rick also got some shots of an early Surf Scoter that is hangin in the thoroughfare. Rick and Arlene later went back and observed 50 Surf Scoters in the thoroughfare! In September! Seems early, but those Scoters and Oldtails do love the thoroughfare.

On the water – Fluke and Ferry stories – American Golden-plover observed in flight between 3 phathom ledge and Seal. Seen later that day in Seal Island…. Hundreds of Red-necked Phalaropes observed from Fluke Trips this September…Many red-necked phalaropes were seen from the ferry as well…recent trips to Brimstone Island include sightings of Sharp-shinned Hawk, American Kestrel, Merlin, Northern Harrier. 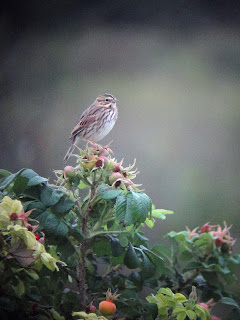 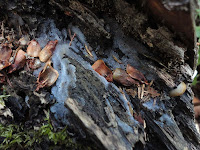 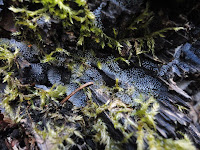 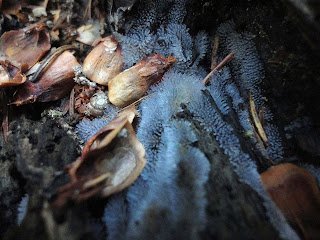 The Armbrust hill trifecta – in reverse order – if there are three species of mushrooms that I put together with timing and habitat it’s Amanita muscaria, Chantrelles, and the King Bolete. This goes back to my Acadia National Park days, and even back to the central California days, where Chantrelle didn’t share the habitat, but timing was about the same. Anyway…


﻿
It was a windy morning in September (the 15th I believe) when I achieved the fungal trifecta on Armbrust Hill. I first came upon this turned over King Bolete, still small, and while tampered with was refreshing to see.


﻿﻿The chantrelle patch at the turnoff to the Indian Creek overlook was bursting. No surprise here really. Many of the chantrelle patches that traditionally fruit in July were “unbloomed” as they say (who’s they?).

Anyway, coming back thru the playground I spotted the Amanita muscaria of my dream. more like the A. muscaria of my morning. It was a beautiful moment.

there is mucho fungus out there these days, more that should be talked about then will be. only at a later date. too much has been left out. so it goes...

for now it's photos and a game. the game is called "flip it over". 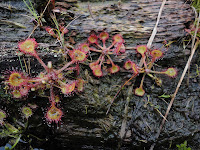 Plants, flowers and stuff.  – (9/4) found some nice sundews in a pleasant river wetlands. As with all predatory plants, we here at the VSR are big fans of the sundews. Especially when they team up with a Mycena for a group photo op. 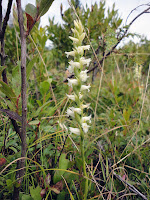 (9/4) pleasant river – Hooded Ladies’ Tresses. – I believe the first I have seen before, John Drury mentions seeing them on Otter Island nearby. Cool to find them on Vinalhaven. 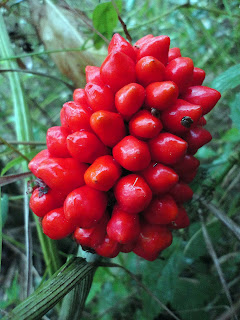 And these plant things, when they go to seed can be purrtee as well. Jack-in-the-pulpit fruit bunches (is there a name for these things?) are pretty these days. 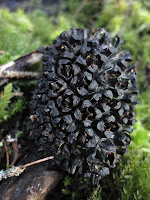 And a family favorite – Skunk Cabbage – fruits are like a darker, further decomposed version of a fruity bunch.


And a shot I call “goldenrod and raccoon poop”. The goldenrod has been especially easy on the eyes as of late. Alright, enough about plants.


On a personal note – the Gentalen family/world has certainly been turned on its head with my dad’s surprise passing a few weeks back. Thanks to all the VSR folks for their thoughts, emails, cards, hugs, kind words, and random crossings of paths in Rockland during this really weird time. It all makes coming back home from being off island for the worst month of my life that much easier. And nicer. It’s so good to be home. And good to see ya.

And with all that in mind - let’s play a game – it’s called  ”Do you know this kitty”? – the MCHT game camera is on a game trail – white-tailed deer/raccoon/snowhoe hare to be exact , not a Homo sapien trail. The pictures have been fun to check out. We did get past a few technology glitches, (all of which were “kirky-induced”) and suddenly had a summer’s worth of photos (almost a pletheroa) at my disposal. So Anyway, I got a few of this little dude-  does anyone recognize this cat?
The first photo is from the Otter Pond area, slightly west of the pond, in July on an otter trail.

The other shots are from August - just west of Mack’s pond in the old harbor pond section of the basin. this is about a mile from the otter pond camera location. The frequency of cat photos near Mack’s pond leads one to conclude that this is a regular pass for the feline pouncer, might even be a home area for him.  For the kitty it looks to be regular 3am pass in the area, and it’s been “caught” three times on film over in the last month doing so.
Seeing the same cat in a two locations more than a mile apart over the last few months is a little shocking. The cat looks to be in good health, might even be someone’s pet they let out.


So do you know this cat?

So I guess the next question is if you do recognize this cat, can you tell its owner to keep it in? Even say please if you have to.

And then there was the night with this pale cat cruizing on the same trail. Inbred & undead, albino kitty zombies roaming the vinalhaven woods clearly could be a concern of concerned wood lovers.  or even those who simply do not like zombie kitties. My bet was that it was a full moon. Zombie kitties are gutsy, this is the same trail that had the gang of raccoons on it!

This same trail also harbored  a pair of late summer fawns. Well, harbored a pair of twins, and then a few weeks later the twins had split up, one way or any other.

Amazing with the slight die back of undergrowth (mostly ferns) how many summer animal trails are easily spotted.


and just like that, the end of this VSR. we'll be back with more in a little bit.

enjoy the day! and we'll see ya out there!